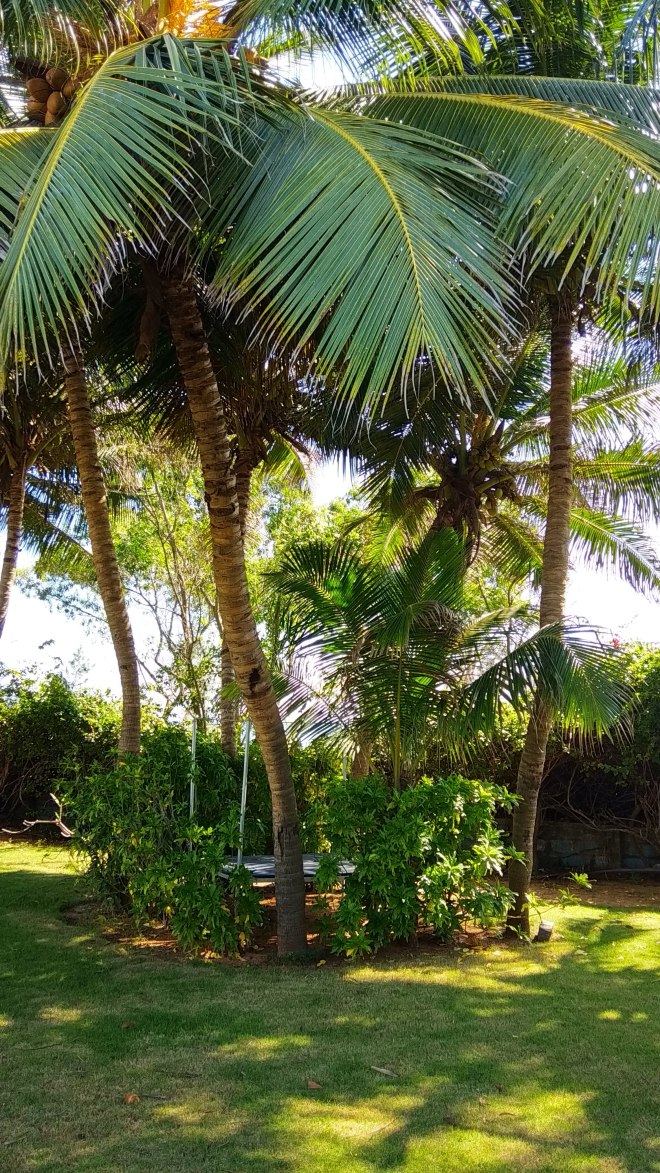 Favouring beaches and breathtaking sunrises over the sea? Or walks in the jungle? Whatever you prefer: The southern tip of India with its generous coastlines and abundant greenery has it all.

15 years ago, the east coast north and south of Pondicherry has been devastated by the Tsunami just after Christmas. Many small fisher villages on the beach were swept away by gigantic waves, thousands lost their lives, many more their livelihoods.

If you hadn’t heard or read about the Tsunami catastrophe, you wouldn’t guess today, that these beaches were scenes of death and destruction. A diverse tropical forest has been claiming the land back in some parts of the long coastal stretch. Men climb coconut trees to cut the fruits, which are then sold to passers by on the road. Fisher boats return from their tours early in the morning. Birds are chirping and insects humming. Tourist places have been rebuilt and fully booked for the Christmas break.

Taking a closer look, you will still be able to tell, that not everything is like it’s been before. The sea promenade in Pondicherry has a new artificial coastal barrier, some houses are still under construction. Many of the simple one room houses in the small fisher villages were rebuilt not of mud but of more stable concrete. Loudspeakers are visible sings of the Indian Ocean Tsunami Warning system, which is in place since 2006.

Nevertheless I am awed how fast nature has recovered – remember the images of the empty stretches of land, filled with debris left behind after the Tsunami had hit. By now trees have grown back to full size and the animal population living in the forest areas near the beach has reached nearly the same size and diversity as before 2005. It’s a stunning showcase of nature’s power.

Since the coastline on most stretches is back to its former beauty, visitors flock in to relax and enjoy the scenery in newly constructed resorts, bringing back some of the jobs which had been lost. Tourists watch the sunrise at the beach and fishermen detangle the fish from their nets. The scars it seems are gradually healing.

Just one flight hour away from the east coast, the west coast is also recovering from a major setback. Massive monsoon rainfall in 2018 have seen vast regions of Kerala’s land flooded, hundreds of lives were lost. Every tourist currently pays a flood tax to the state’s recovery fund. The roads are in rather poor condition and in some regions houses still need to be rebuilt. However, tourism is back on track and people do not really talk about it, unless asked.

Much of Kerala’s beauty comes not only from its magic coastline with many small and larger naturally formed bay areas and the world famous backwaters, but also from its generously spreading tropical forests. Travel inwards, and you can discover how Kerala has preserved a lot of its nature in wildlife sanctuaries. The coastline gently rises upwards towards the Western Ghats, an Indian mountain range known for its unique fauna and flora and its hill stations. The state seems also more aware of the environment, it has banned single-use plastic products (manufacturing, sale, storage and transportation) from 2020 onwards.

Furthermore, Kerala is an exception on the Indian subcontinents political landscape, being administered by a communist government. Politics in the South of India seem to take a different turn from the rest of the subcontinent on several issues, for example strong opposition against Hindi as a third compulsory language in school in Tamil Nadu. At the time of my visit, the Kerala parliament passed a resolution against a new Citizenship law, which had been approved by Indian parliament.

Kerala’s landscapes are one of its kind. The beauty of its lakes, in the morning hours ,when the forest ist just waking up, is breathtaking. Much of its wildlife is intact inside huge sanctuaries, preserving also larger species like crocodiles or wild elephants. Boating through one of the quiet lakes, to islands, where no road will take you or walking up to one of the peaks of the Western Ghats with a guide are outdoor activities well worth wile.